published on April 22, 2012 in Creations Visualizations 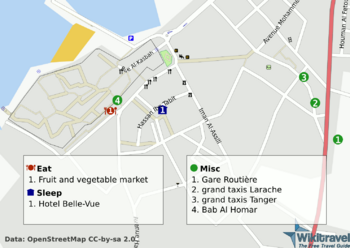 Update: This project is obsolete now. Use the {{mapframe}} with PoiMap2 in Wikivoyage instead.

Quite frequently I refer to WikitravelWikivoyage for information on places which are not covered by my guidebook, but a key-element that is pretty much always missing is: maps. Of course there is OpenStreetMap, but when I see a listing in a Wikitravel article, I also want to know where it is. So someone else came up with a great idea, based on two facts:

Thus, he created a set of scripts and magic that is able to semiautomatically generate a map to a wikitravel article and put all the listings there, so that these can be easily located. The project is based on osmarender for rendering of raw osm-data into an image, thus the name osmatravel. Unfortunately there are some issues and the project did not receive any attention since 2009 making it practically unusable. 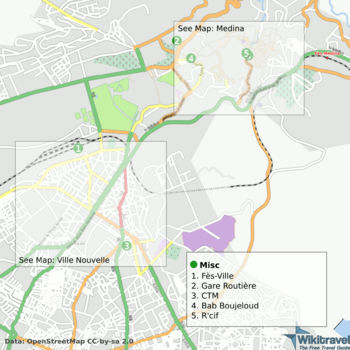 However, I invested some time, did a fork (github:osmatravel) and a lot of changes and adjustments, allowing anyone to create cool maps again (instructions).

What’s next? During my time working on the project I discovered some limitations. The main one is that osmarender just uses xslt and maps don’t look as nice as mapnik ones. However, mapnik requires a database to work, which is a drawback concerning easy setup and usability. Another main problem is data quality since some articles don’t use the xml-listings yet or the names don’t quite match the OSM ones, thus before being able to actually produce maps, cleanup needs to be done. I imaging though that the ideas could be used to implement a webservice that automatically generates the svg-files for articles. This would make it much easier for people to actually make use of this project.